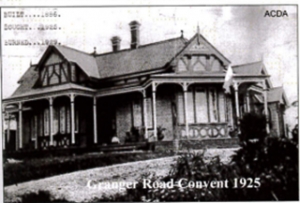 Our Lady Star of the Sea School was opened in 1847 by Father Garin, with help from Catholic families in the area. The new school was run by lay teachers until 1904 when the Mission Sisters were asked to send a group of Sisters to live in Howick and help run the school.

In 1925, Bishop Cleary invited the Sisters of Mercy to open an Orphanage in Granger Road. He had bought a large property in Granger Road, Howick. For over 30 years the Sisters of Mercy ran the Star of the Sea orphanage in Auckland. There were up to 80 girls living at the orphanage. The Sisters ran the school for the orphans and also the local Catholic children. As the area grew more space was needed and an extra classroom block was built in 1961. 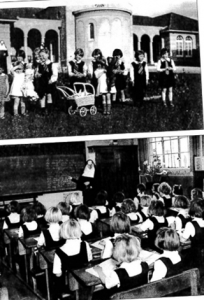 The orphanage was on a farm and so the Sisters were able to grow their own vegetables and they also had cows and chickens.

In 1929 a fire destroyed the whole orphanage and school buildings. No one was injured in the fire, but the Sisters needed to rebuild the orphanage and classrooms. In 1931 the new building was finished.

In 1977 the orphanage closed, but the Sisters continued to teach at the school.

The school was soon too small for all the Catholic children in the area, so the school was moved to the site in Oakridge Way, Northpark.

September 1996 saw the closure of the old school at Granger Road. The move to a brand new school was filled with excitement but tempered by the sense that Star of the Sea, Granger Road had witnessed several generations of orphans and students for over 70 years.

The current school has grown dramatically over the years, now catering for around 550 children.